The H.P. Lovecraft Wiki
Register
Don't have an account?
Sign In
Advertisement
in: Articles including information from the Mythos Influenced Works, Species Originating From Mythos-Inspired Works, Extra-Dimensional Species

🐙 Aberrations are warped and twisted lifeforms in the fictional universes of the Dungeons & Dragons and Pathfinder pencil-and-paper roleplaying games by Wizards of the Coast and Paizo Inc.

Aberrations are creatures which are utterly alien to the cosmos and its parallel planes. In the D&D multiverse, they either came from the Far Realm or were touched by it. Creatures with strange abilities, bizarre anatomies, and/or alien mindsets. Which include Lovecraftian-like aberrations like the Gibbering Mouther, the Illithids, the Aboleths, and the Beholders.

Gallery of Examples of Aberrations 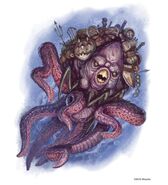 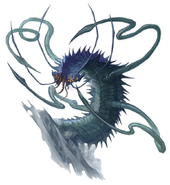 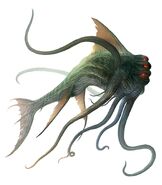