The H.P. Lovecraft Wiki
Register
Don't have an account?
Sign In
Advertisement
in: Articles needing citations, Articles including information from the Mythos Influenced Works, Article stubs,
and 2 more 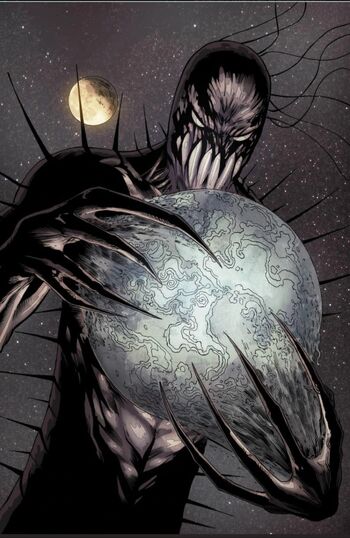 🐙 The Chaos King is an eldritch entity and cosmic horror from the fictional universe of Marvel Comics.

The Chaos King is an entity billions of years old who existed before the birth of the universe when there was nothing and her ultimate objective is to end all so that she is once again the only thing in existence. A being of chaos who was imprisoned for billions of years, recently it nearly conquered the universe, slaying numerous alien pantheons and then enslaving those gods, and was on the verge of threatening the Multiverse itself when it was stopped by the gods and super heroes of Earth.