Colour Out of Space

"The Colour Out of Space"

🔀 You may be looking for story of the same name

The Colour Out of Space was an extraterrestrial force or entity featured in H.P. Lovecraft's tale of the same name. It arrived on Earth via meteorite, and infected a large swath of Arkham, Massachusetts that would subsequently become known as the "Blasted Heath." The colour was said to have "poisoned" the soil around where it had landed. It appeared to have "infected" the local plant life and the results were great discolorations in the flowers, grass, and trees. In the later stages of the infection, the plants became grey and developed “a highly singular quality of brittleness”. Along with the discoloration came the ruining of fruit and vegetables grown along with the abnormal behavior of the plants during the night. The flowers would glow in the darkness and the trees seemed to reach out to the sky and move without the wind. In addition to the destruction and alteration of the plant life, the livestock of the Gardner farm, which was in close proximity, underwent strange and groteque mutations and fell into a grusome state of grayish decay before ultimatly dying, leaving behind a useless and unedible meat.

Upon the arrival of the entity, the Gardner family descended into madness, poor health, and ultimately death, with the last surviving member being Nahum Gardner, who described the entity as a "sucking, burning thing that is not of God's work."

Ultimately, the entity departs from Earth to return where it came from, but another, smaller part is believed to be still in the former Gardner's farm, as the valley is said to continue to slowly decay year by year.

Colour Out of Space (Pathfinder) 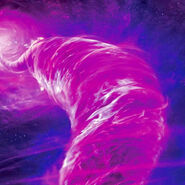 The Color in the 2019 film adaptation of the same name 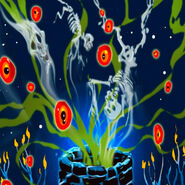 The Colour that came from beyond the stars 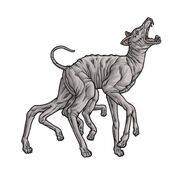 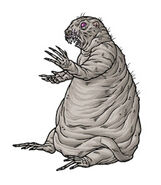 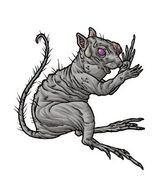 Mutated Squirrel
Add a photo to this gallery
Retrieved from "https://lovecraft.fandom.com/wiki/Colour_Out_of_Space?oldid=37840"
Community content is available under CC-BY-SA unless otherwise noted.