The H.P. Lovecraft Wiki
Register
Don't have an account?
Sign In
Advertisement
in: Articles including information from the Expanded Cthulhu Mythos, Organisations Originating From Expanded Mythos Works, Cults

Disciples of the Rapine Storm

Disciples of the Rapine Storm

The Disciples of the Rapine Storm is a fictional organization in the CthulhuTech pencil-and-paper roleplaying game by Wildfire LLC.

The Disciples of the Rapine Storm is a cult under the control of Hastur which emerged from the Plateau of Leng. The Disciples of the Rapine Storm consists of cannibals and insane psychopaths (many of them self-mutilated), who murder, rape, torture, mutilate, and consume those that fall into their hands. A terrifying horde that lays waste to all in front of it. Marching along with the heavily armed bloodthirsty crazed horde are monsters, including alien beasts from other dimensions or worlds which they have summoned to Earth.

Its armies have destroyed and depopulated huge swaths of Asian and European territory. Starting out in Tibet or possibly Central Asia, they have reached as far west as the eastern borders of Europe, have marched south into Pakistan and northern India, overran all of China and Southeast Asia, and have reached northwestern Australia. Despite the NEG's superior conventional firepower, it has prevailed due to it's extensive use of zoners, dream magic, ancient monsters, and offensive parapsychics and its cooperation with the Disciples of Death's Shadow. In desperation, the NEG has used nuclear weapons, which at best has only slowed them down. 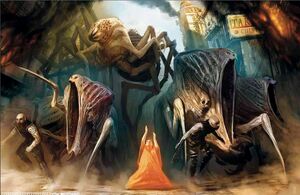 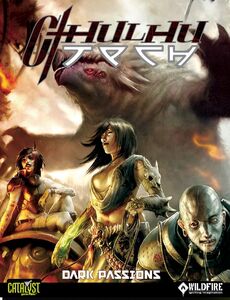 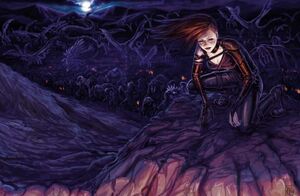