The Esoteric Order of Dagon

The Shadow Over Innsmouth

The Manuxet river runs through the centre of town, before turning southward to join the ocean at the end of the harbour's breakwater.

Newburyport is an hour's bus ride down the coast.

Founded in 1643, Innsmouth was noted for ship-building before the American Revolution, after which the civic centre shifted to the present Town Square. It reached its peak as a naval hub after the War of 1812, when many of its privateering sailors were killed. As a result, there was a dip in trade for both the shipping families and local mills.

In 1846, Captain Marsh and 32 fellow cultists were arrested by Selectman Mowry. However, before they could be charged, the Deep Ones stormed the town, breaking them out and purging the resistant population. Half of the population were killed in what was covered up as a plague from China.

After the American Civil War, the last big ships stopped docking in the harbour.

It became something of an industrial centre at one point, but by the 1920s, only the Marsh Refining Company gold mill is still in operation.

After a tip off on 16th July, 1927, a large force of federal agents laid siege to the town throughout the winter of 1927-28, demolishing most of its seafront buildings. It was later reported in February 1928 as a prohibition related clash though no captives ever showed up in the prison system.

After the 1846 massacre, there were about 300-400 people living in Innsmouth, many of whom were Deep One hybrids. A number of Polish and Portuguese migrants tried moving into the area before being "scattered in a peculiarly drastic fashion".

Names marked with ^ are only available in Zadok Allen's dialect and may have been intentionally misspelled.

The most powerful of The town's 4 wealthy "gently bred" families who run its one remaining factory.

One of The town's 4 wealthy "gently bred" families and the former owners of the fulling mill that became the Marsh gold refinery.

One of The town's 4 wealthy "gently bred" families. They lost the brig Elizy and the Ranger during the War of 1812.

One of The town's 4 wealthy "gently bred" families.

As it fell into disrepair under the control of the Deep Ones, by 1927, the town lacked a public library or a chamber of commerce. Many of the street signs had also been removed, making navigation difficult for outsiders. In general, the South is less populous, but the north is more dangerous much as possible the following list runs from West to East.

The western streets of grand houses belonging to the town's elite.

​​​​​The central thoroughfare of the town.

A large building with a white belfry on the northern bank of the river across from the town square.

​​​​​​One of the roads that bridges the the dangerous seaward slums and home to the 3 abandoned Georgian churches. Though some people still lived here in 1927 most houses had been boarded up.

Another deserted street with well maintained brick and stone warehouses, cut in half by its ruined bridge over the Manuxet.

Similar to Fish street but broken up by the remains of wharves, it's bridge though tottering is still usable.

A sand-clogged dock behind an ancient stone breakwater once covered by a lighthouse. 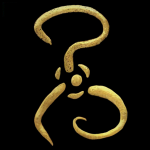