The H.P. Lovecraft Wiki
Register
Don't have an account?
Sign In
Advertisement
in: Candidates for deletion, Articles needing citations, Articles including information from the Mythos Influenced Works,
and 3 more 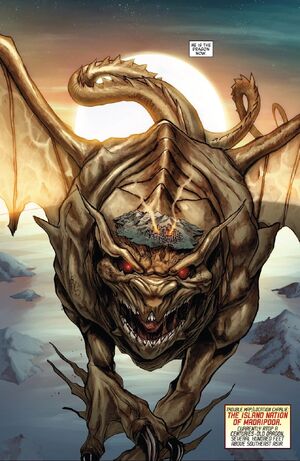 🐙 The Madripoor Dragon is an eldritch draconic entity from the fictional universe of Marvel by Marvel Comics.

Madripoor is a city of skyscapers, mansions, and slums in Southeast Asia. Which sits on top of a colossal winged dragon. One that is many miles long, larger than most cities. Which had been sleeping for centuries on the ocean floor. Humans not knowing of the dragon, built the city on an island which was in reality the top of its head.