One-Above All, Living Tribunal, The Firmaments, One Below All, The Infinites

Infinite number of realities, ever expanding

The Marvel Multiverse is a fictional multiverse created by Marvel Comics, which is inhabited by the Many-Angled Ones. It is the setting for two on-going on and off comic series published by Marvel Comics, the "What If?" series (1977+) and the "Exiles" series (2001+). It was also the stage for an epic cosmic horror story which was the "Time Runs Out" event published in 2014-2015, as well as the issues leading up to the event, mainly within New Avengers Vol 3 (issues 3-6, and 13-22 in 2013-2014).

The Marvel Multiverse is an infinite one (per the One-Above-All, who rules the Multiverse), in which each action an individual takes creates a new reality, even something as simple as scratching your nose (as proven by Thanos and confirmed by the One-Above-All). In the early 21st century, Earth alone had billions of future timelines and the largest known multiversal temporal government (the Congress of Realities) had representatives from millions of realities. There have been a few known multiversal-level incidents which threatened the Marvel Multiverse or made changes to it, most recently when the Beyonders (a trio of omnipotent beings from a dimension beyond the Multiverse) nearly ended the Multiverse (the "Time Runs Out" event). It was destroyed at the end of the conflict but was later restored.

The Old Ones are scattered across this multiverse with some living in the positive universes, beings that are powerful enough to pose a threat to a world to those that pose a threat to the whole universe. In the space between the infinite realities, is where many of the Old Ones live or exist, from which they attempt to corrupt and conquer those realities. Any world or universe which is conquered by them gradually decays and dies. One such universe was called the Cancerverse, where the abstract entity known as "Death" was killed and nothing died. It was a universe corrupted by the Many-Angled Ones and life ran riot, like a cancer.

The Multiverse has a pantheon of sorts, consisting of various multiversal abstracts, each of whose power vastly eclipses that of the most powerful entity in each universe within the Multiverse. Whenever there is a major multiversal event, they are either involved as participants or as observers.

Helping to maintain the integrity and continue existence of the multiverse are several factions, acting as the Multiverse's policemen or firefighters. Whenever there is a major multiversal event, one or more of them are involved in one way or another.

Factions that threatened the Multiverse in its entirety or only alternate Earths. They operate independently of the Lovecraftian threats to the Multiverse. They are races and organizations which wage campaigns of extermination or of conquest across the Multiverse.

Teams made up of members from various alternate Earths which were formed to protect the Multiverse from a specific threat, after which they may have disbanded.

There are have been various super hero teams based on Earth who have operated as a multiversal team. Only one of them, the Fantastic Four, has done so consistently for decades. The others visited other realities due to a specific threat or mission, or end up in alternate realities unwillingly.

A list of some of the universes which have been conquered by incomprehensibly dark or mad powers or are the playground of Eldritch forces.

Realities created by the permanent or temporary merging of two realities from two different multiverses. 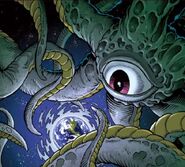 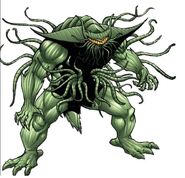 Asteroth
Add a photo to this gallery 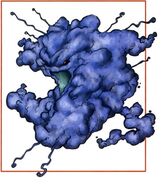 Infinites
Add a photo to this gallery

Eternity (Multiverse)
Add a photo to this gallery 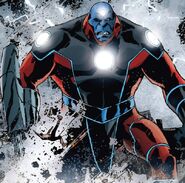 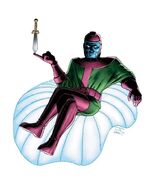 Poisons (Race)
Add a photo to this gallery 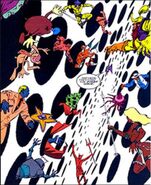 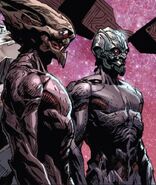 Builder Race
Add a photo to this gallery 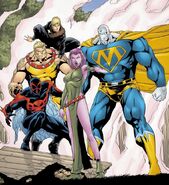 Exiles
Add a photo to this gallery

Web Warriors
Add a photo to this gallery 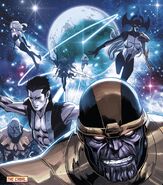 Cabal
Add a photo to this gallery

Hulk
Add a photo to this gallery

Overspace (The Realm of the Abstract Entities)

Exo-Space (The Space Between Realities)

The Nexus of All Realities

The Web of Life and Destiny (Model & Gateway of the Multiverse)

The Crossroads (to Infinite Dimensions) 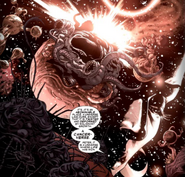 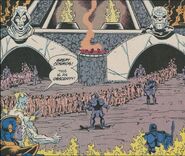 Earth-42221 (Phalanx Supremacy)
Add a photo to this gallery 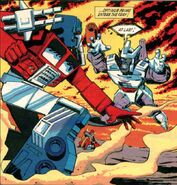 Retrieved from "https://lovecraft.fandom.com/wiki/Marvel_Multiverse?oldid=35244"
Community content is available under CC-BY-SA unless otherwise noted.