The Obyriths are Lovecraftian-like demonic entities from the fictional universe of the Dungeons & Dragons pencil-and-paper roleplaying games by Wizards of the Coast.

The Obyriths are ancient demons which predated all other demonic races and even the gods. Whom rarely have humanoid forms, and mortals whom glimpse an obyrith risk going insane. As time passed, some of the Obyrith lords assumed humanoid forms. Their reality was destroyed and most of their kind wiped out during the wars that resulted from the creation of the Abyss. There are only twelve Obyrith lords remaining, the greatest of them being the Queen of Chaos and the Pale Night. A number of Obyrith species have likewise survived. 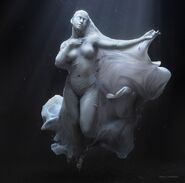 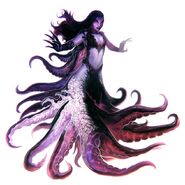 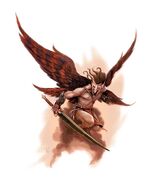 Pazuzu
Add a photo to this gallery 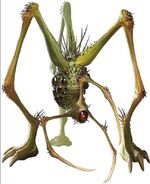 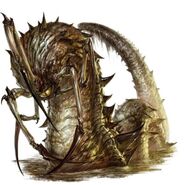 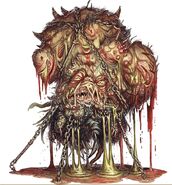 Sibriex
Add a photo to this gallery
Retrieved from "https://lovecraft.fandom.com/wiki/Obyrith?oldid=38488"
Community content is available under CC-BY-SA unless otherwise noted.