The Outer Gods are various cosmically significant entities that are featured in the Cthulhu Mythos. They are to be distinguished from the Great Old Ones, although the distinction isn't universally acknowledged.

Generally speaking, they are located beyond the confines of Earth and the solar system, exerting their influence from deep space. However, there are some Outer Gods who have taken up residence on Earth.

According to some accounts they dwell in the outer voids (HPL: The Dream-Quest of Unknown Kadath) outside of thought and existence (HPL: "Hypnos") in a "graveside" beyond Time. (HPL: "Nyarlathotep") This Last Void transcending matter and universes is accessed by the Ultimate Gate, itself beyond time and space. (HPL: "Through the Gates of the Silver Key")

They bear a striking similarity to the real world Gnostic concept of the "Demiurge", a malignant creator being acting in an unconscious and corrupted parody of the "Divine Will". It is sometimes referred to as "Yaldabaoth", a name which would not seem out of place in the Mythos, and may have influenced the name of Yog-Sothoth.

The Expanded and Adjacent Mythos[] 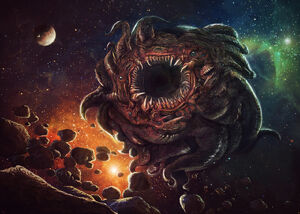 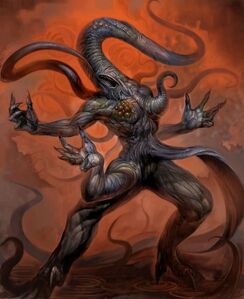 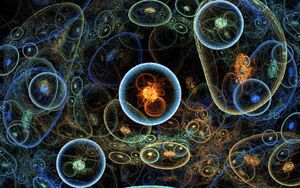 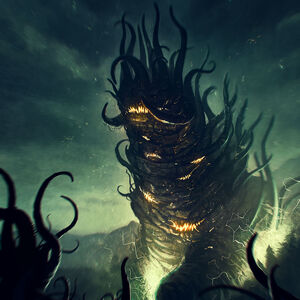 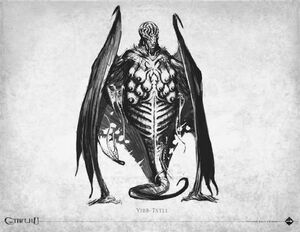 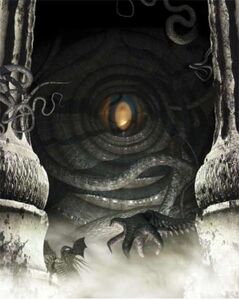 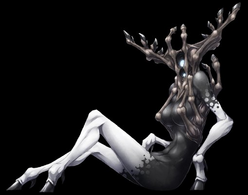 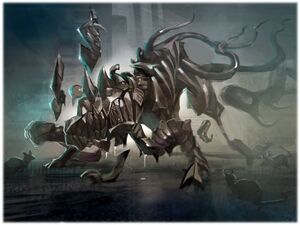 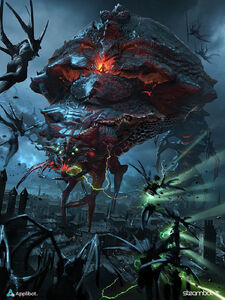 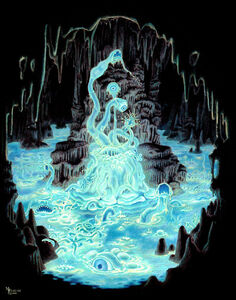 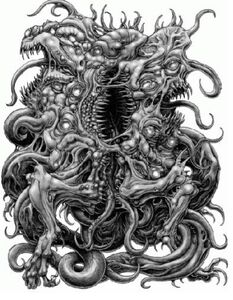 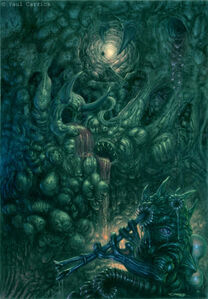 Servitor of the Outer Gods playing music to Azathoth. 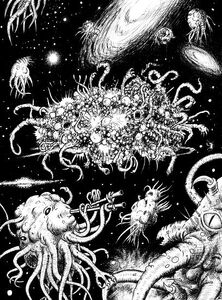 Azathoth surrounded by his the Servitors in the middle of space 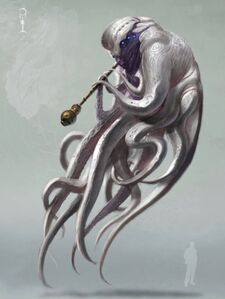 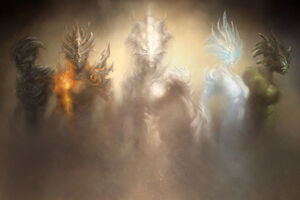