The Qlippoths are a Lovecraftian-like race of chaotic beings in the fictional universe of the Pathfinder pencil-and-paper roleplaying game by Paizo Inc.

The Qlippoths are an eldritch race of monstrous beings, whose sub-species come in a variety of forms with tentacles and fangs. Before there were demons, the Qlippoth ruled the Abyss. When they became aware of the Great Beyond (the material universe) they surged forth, doing battle with the Proteans (serpentine chaotic beings) which gave time for the establishment of order in the Great Beyond and the creation of other dimensions. When portals would open to the Abyss, they would swarm out and prey on all.

They would eventually lose their control of the Abyss to the demons, who though weaker vastly outnumbered them. The Qlippoth were almost exterminated and were driven into deeper planes. Qlippoths are currently a pale shadow of what they once were, the Qlippoth Lords haven been reduced to power to the level of a new demon lord (though there may still be a few in the depths of the Abyss with the powers of demigods). The Qlippoth have one goal, to regain control of the Abyss, exterminate the demons, and wipe out all mortals who can sin as they are the foodstuff of demons. 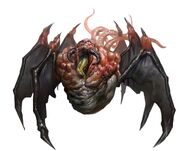 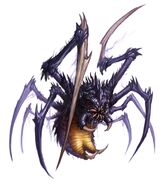 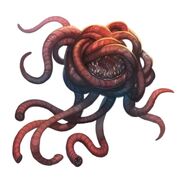 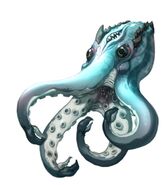 Shoggti
Add a photo to this gallery
Retrieved from "https://lovecraft.fandom.com/wiki/Qlippoth?oldid=24713"
Community content is available under CC-BY-SA unless otherwise noted.