The H.P. Lovecraft Wiki
Register
Don't have an account?
Sign In
Advertisement
in: Articles including information from the Expanded Cthulhu Mythos, Article stubs, Sapient Species,
and 2 more
English

EXP: "The Insects from Shaggai"

The Shans, also known as the Insects from Shaggai, are an insectoid alien race which appears in the Cthulhu Mythos and were also said to awe the plant-like deity Dzéwà.

Illustration by Loïc Muzy for the bestiary of the role-playing game "The Call of Cthulhu", by Éditions Sans-détour in 2015. 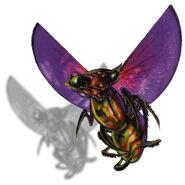 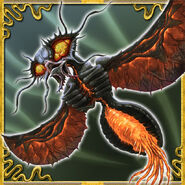 Artwork for Lindwurm's Elder Sign
This article is a stub. You can help the The H.P. Lovecraft Wiki by expanding it.
Español
Community content is available under CC-BY-SA unless otherwise noted.
Advertisement