Spawn of the Winds

EXP: "Born of the Winds"

The Spawn of the Winds are a fictional race created by Chaosium in 1994 for the Call of Cthulhu roleplaying game, which were based on creatures from Brian Lumley's short story "Born of the Winds".

The Spawn of the Winds are the offspring produced by the mating between Ithaqua and a human female. They appear human, until their true nature is revealed. Their true form is that of a huge monstrous humanoid, which they transform into by choice or when angered. It's a race with a violent temper and which is able to alter the weather, up to a 2 miles radius. Producing lightning, blizzards, tornadoes, driving rain, and thunder. 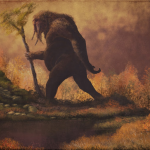 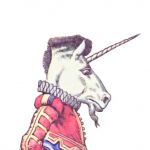