Shambler from the Stars

CIRCLE: "The Shambler from the Stars"

Star Vampires are creatures from outer space that are normally invisible. They are voracious blood suckers, becoming visible once their bodies are full of the victim's blood, a vivid red colour. It's form is like that of a jellyfish with neither a head or any visible facial features apart from its huge maw. Their bodies have multiple muscular tentacles, each strong enough to crush a man to death and on the tips are the suckers with which it drains the blood of its victims. From the star vampires comes nonstop eerie horrifying laughter. 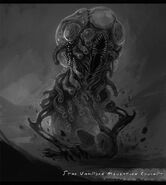 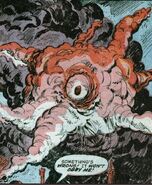 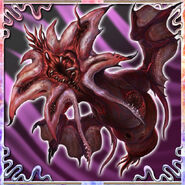